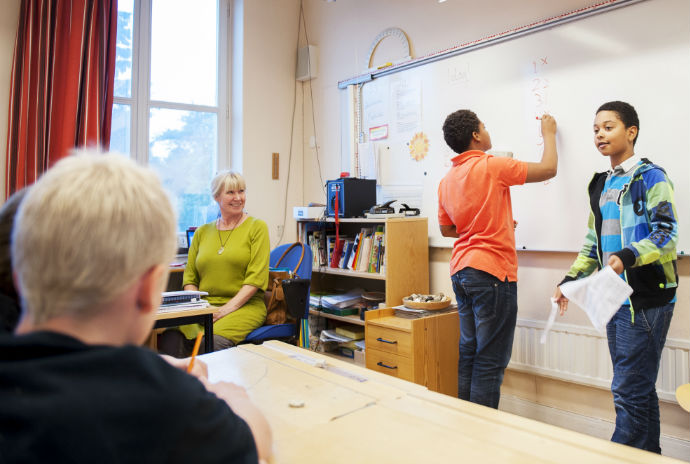 The mother tongue is of major significance to a child’s language, identity, personality and cognitive development. The possibility of being able to develop the mother tongue makes it easier to learn both new languages and knowledge. The school has the mission of organising the teaching for pupils with a different mother tongue so that the pupils are given the conditions to develop language (both mother tongue and Swedish) and knowledge in parallel.

Study guidance in the mother tongue

Swedish as a second language

Through teaching in the subject of Swedish as second language, the pupils are to be given possibilities to develop the Swedish language in speech and writing so that they can express themselves in various contexts and for different purposes. Through the teaching, the pupil is given the possibility of developing the language to think, communicate and learn. The pupil shall be able to rely on his or her language. The teaching shall give the pupils opportunities to communicate in Swedish at the language level the pupil is at, without the language having to be correct in detail. It is the headmaster who decides if a pupil will receive instruction in Swedish as second language.

The pupil must also need instruction in Swedish as second language.